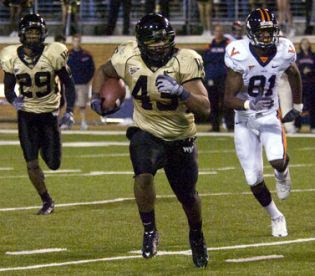 Inside force and a four-year starter in a star-studded, underrated defense and the second straight defender from Wake Forest selected by the Saints. An established special teams player who looks to slide into the competition for playing time at weakside linebacker on the depth chart. A bit undersized and his coverage skills aren't elite, but is a dependable defender and a solid tackler. Great intangibles and character, high-powered motor. Fundamentally solid without being excellent at any facet of his game. Strong and will get stronger in an NFL weight program. Immediate impact on special teams is expected. Tough as nails.