Saints report to camp this week, with or without rookies 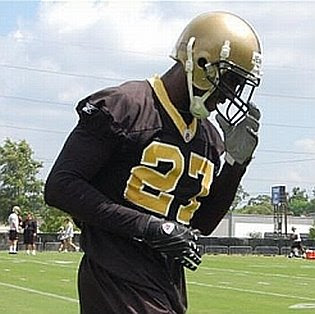 The Saints and first round pick Malcolm Jenkins' representation opened negotiations a week before training camp opened, obviously not caught up in the enthusiasm of 2007 that the draft class could be under contract in time for camp.

Jenkins' agent, Ben Dogra, is a very familiar face to Mickey Loomis, a factor that may help limit the rookie's absence. But as we noted earlier, the Saints have had exactly two draft classes in on time in the past decade, and one of those classes was Ricky Williams.

The Saints report to camp on Thursday and begin practices on Friday.

None of the other Saint draft picks are signed either, but delays in getting picks outside of the first round are rare. Saints WR Devery Henderson did miss some time while his representation haggled with the Saints, and C LeCharles Bentley's brief absence from the start of camp qualifies too. The Saints other three draft picks in 2009, all second day selections (third day as of 2010), are expected to sign in the next 24-48 hours.
at 7/26/2009 06:21:00 PM